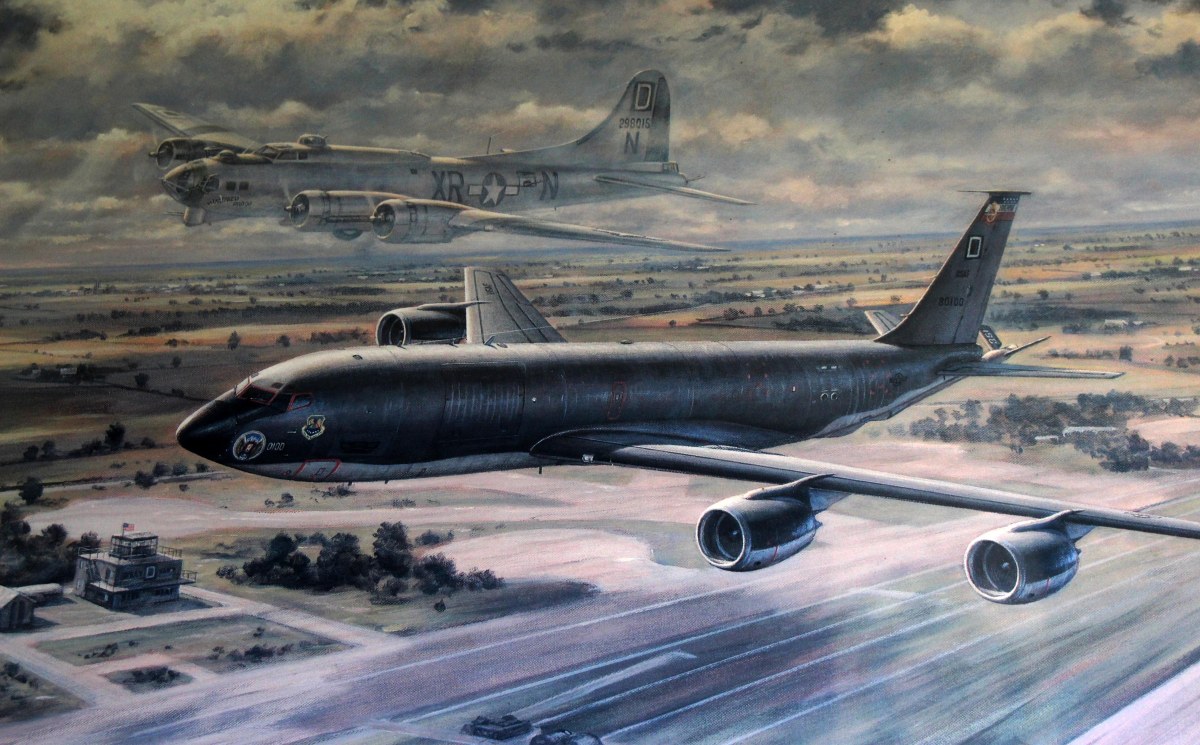 When Thorpe Abbots opened in 1943 it was as a Class A standard airfield with 3 intersecting runways encircled by a perimeter track some 3.5 miles long. It became the home of the 100th Bomb Group which became known as the ‘Bloody Hundredth’ due to some initial high operational losses.

Today Thorpe Abbotts is one of the better preserved of the 8th airfields and houses the  splendid 100th Bomb Group museum centered on the control tower. I have been visiting  the site and the museum for over 25 years and still never fail to be both impressed and moved.

The Control Tower
This was built as a Watch Office for Bomber Satellite OTU stations to Air Ministry drawing 13726/41 but with small windows to 15683/41 and a roof top control room to 5966/43. 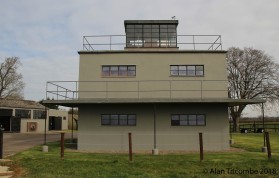 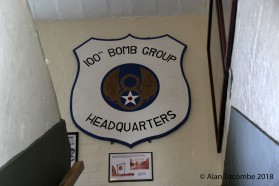 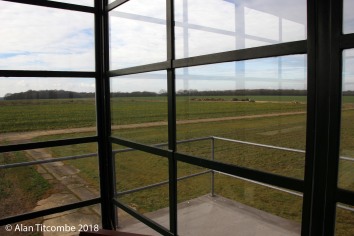 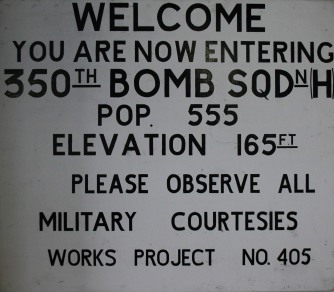 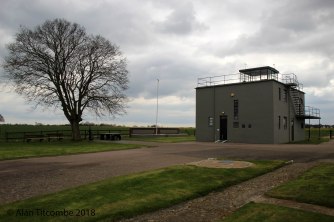 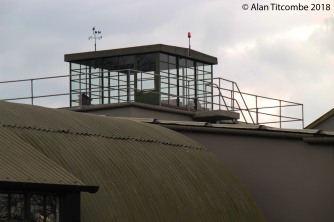 View from the roof….

…is that a ghostly bomber I hear..  an echo from an illustrious past maybe?

Around the Airfield
There is still a fair bit of the airfield left, including the remains of the East-West main runway and also some dilapidated nissen huts. The best preserved are, as would be expected, within the museum site. 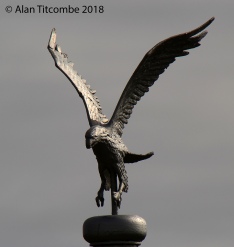 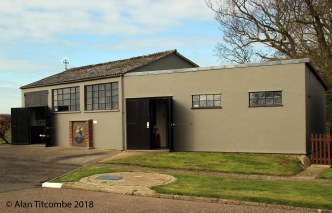 Originally the night flying equipment store – from the tower roof

From the roof of the Tower 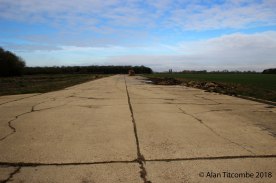 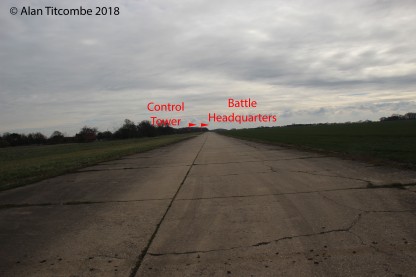 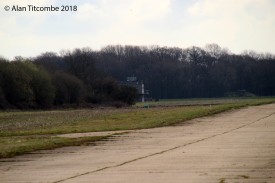 The Tower looking West down the main runway 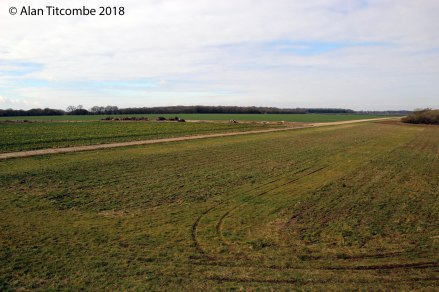 Looking north-east over the ‘filed from the tower roof. 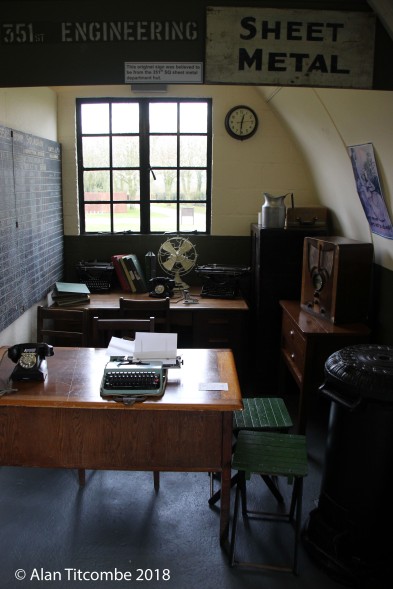 View on entry to the site – wonderfully evocative.

Battle Headquarters
This would have been used in the event of an attack by ground forces – E.G. German paratroops – to coordinate the defence. For those of you that regularly visit old airfields have you ever noticed how the scattered pill boxes invariably have a field of fire over the airfield itself? This was for sweeping away forces that made it on to the field. By 1943 / 44 when our American cousins arrived a ground attack was most unlikely and so I suspect the battle head quarters had little use.

When I first visited Thorpe Abbotts 20+ years ago access to the battle headquarters was easy enough along a footpath and we were able to go and look inside. Now access is much more difficult with the footpath – which is on private land as is the battle headquarters – blocked by barbed wire fencing. No doubt this is due to the increasing focus on ‘health and safety’ and the deterioration of the building, so please do not try to enter unless you have prior permission from the landowner. 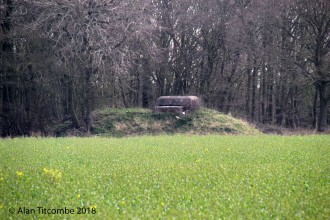 Battle headquarters – seen from the tower roof zoomed at 300mm

Memorials
Both in the tower and around the site are a number of memorial plaques. 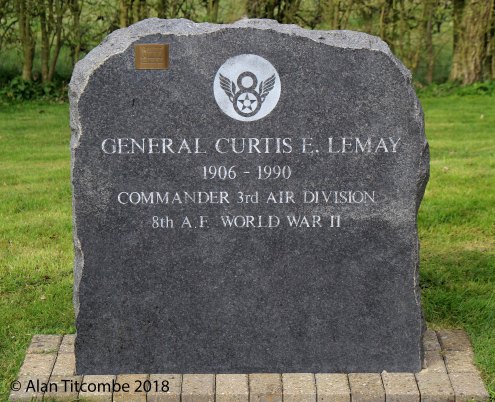 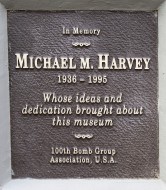 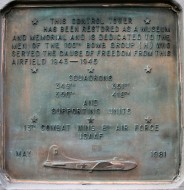 Thorpe Abbotts is one of my favourite bases of the 8th, not just because of the excellent museum but because of the relative completeness of the airfield and the atmosphere that pervades. It is fitting therefore that this is the first in the series of pages covering the Airfields of the Mighty 8th.