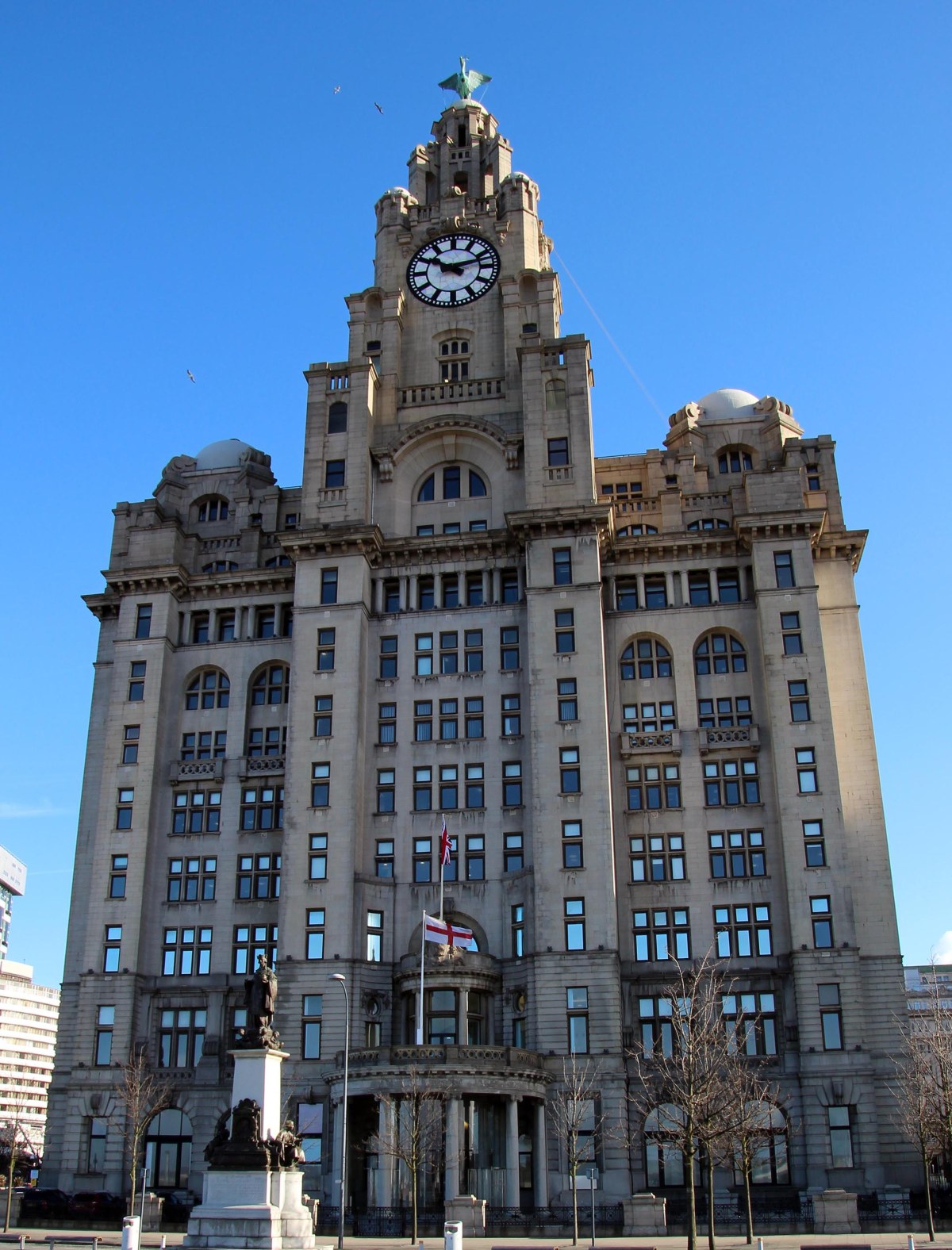 Some weeks back my lady DD and I had reason to visit Southport for a family get together. With Liverpool being just 15 miles or so south it was a sure-fire thing that I would wangle a day in the city, the particular goal being to explore its maritime past with particular reference to WW2

We started with a visit to one of only 4 surviving, complete World War 2 U-boats in the world U-534. U-534 is now displayed in The U-Boat Story. The story of the submarine is rather intriguing since it was sunk just after hostilities ceased when all other U-boats were surrendering,  U-534 engaged allied aircraft in combat and was sent to the bottom. 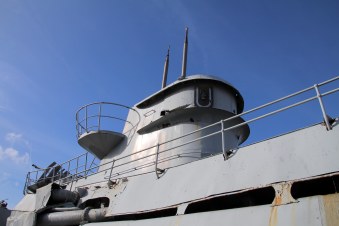 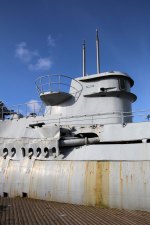 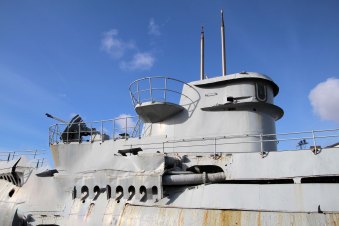 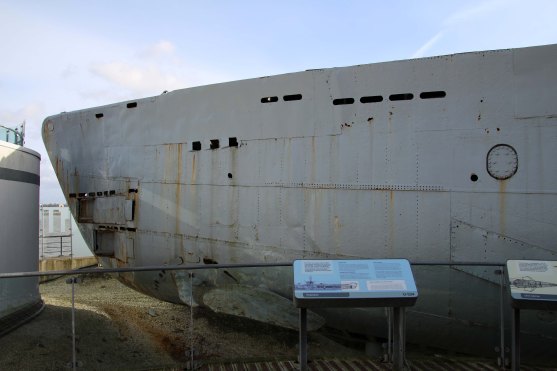 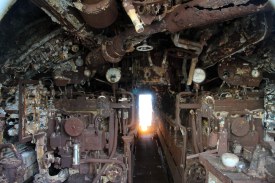 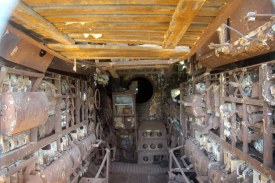 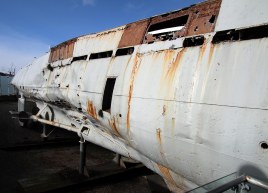 Stern, starboard side. This image shows the damage caused by depth charging that ultimately sent U-534 to the bottom. 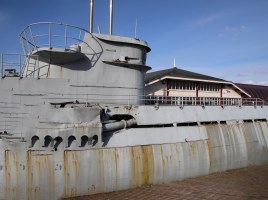 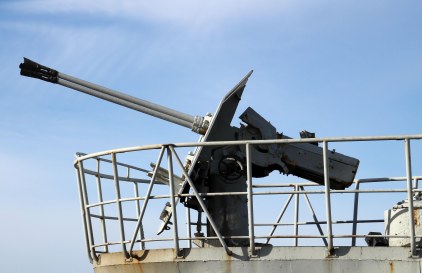 Anti-aircraft defence made submarines such as U-534 a formidable opponents for attacking Allied aircraft. 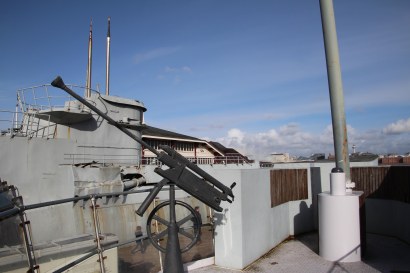 U-534 as she was when first recovered

The story of U-534 in preservation is both good and bad. When recovered from the seabed U-534 was intact and in fact when I first saw this submarine it was in this condition in the care of The Historice Ships at Birkenhead. When that organisation closed down for financial reasons Liverpool Corporation saved the submarine (the rest of the ships were broken up) but  decided to cut her into pieces to better show the internals of the submarine to visitors. Regardless, I think that Liverpool have done an excellent job in saving and interpreting this unique survivor, all that is needed now is a Lottery grant to enable a purpose built, under cover building to protect this boat from the elements and ensure her long-term survival.

Moving now to the North bank of the River Mersey adjacent to the Liver Building, we find a number of fascinating and thought provoking maritime memorials, 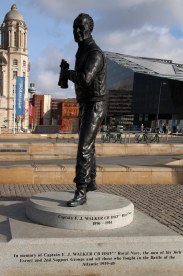 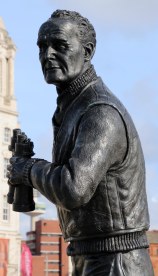 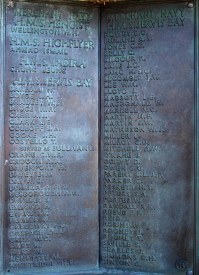 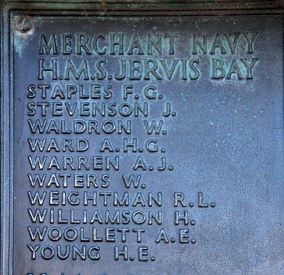 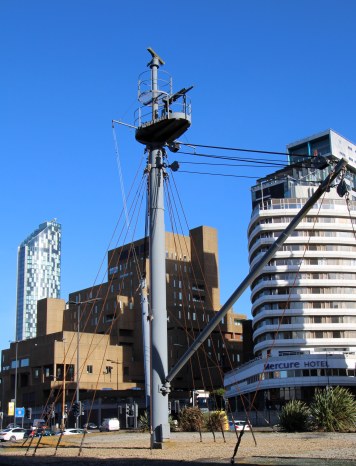 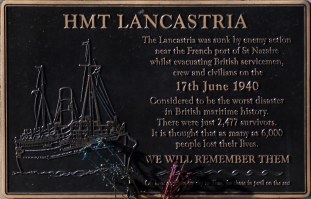 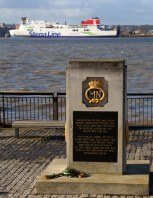 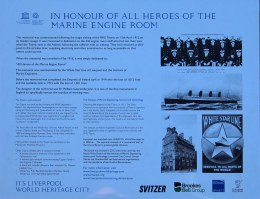 Similarly HMS Jervis Bay is probably not a ship that springs readily to mind for most folk when they think of memorable sea battles of the Second World War, but to be remembered she certainly deserves for the courage and sacrifice of the her crew fighting against impossible odds.

The merchant navy are also remembered in a number of memorials most impressive of which is probably the Liberty Ship mast. Last but certainly not least we have a memorial erected by the White Star Line to the engineers of the Titanic.